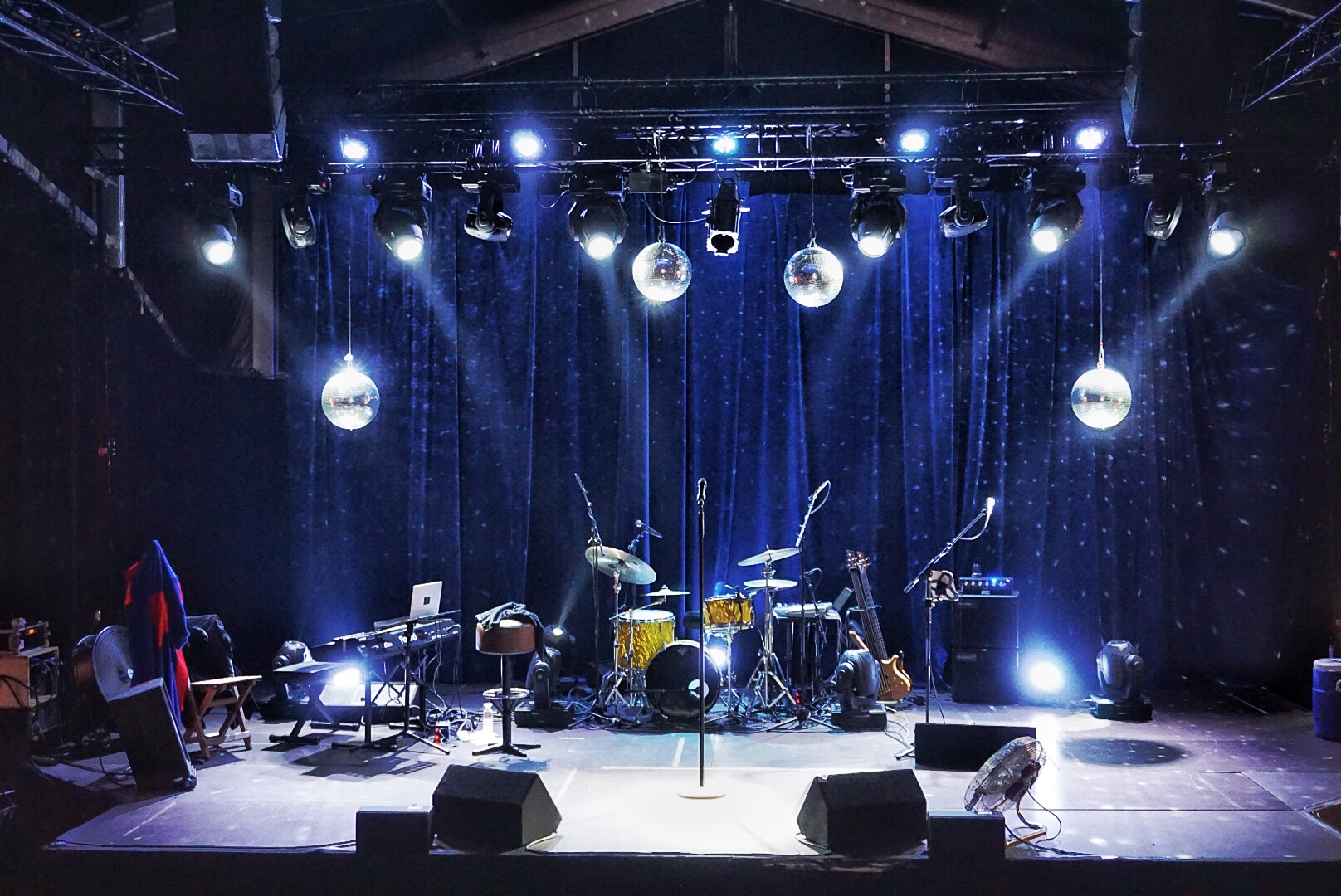 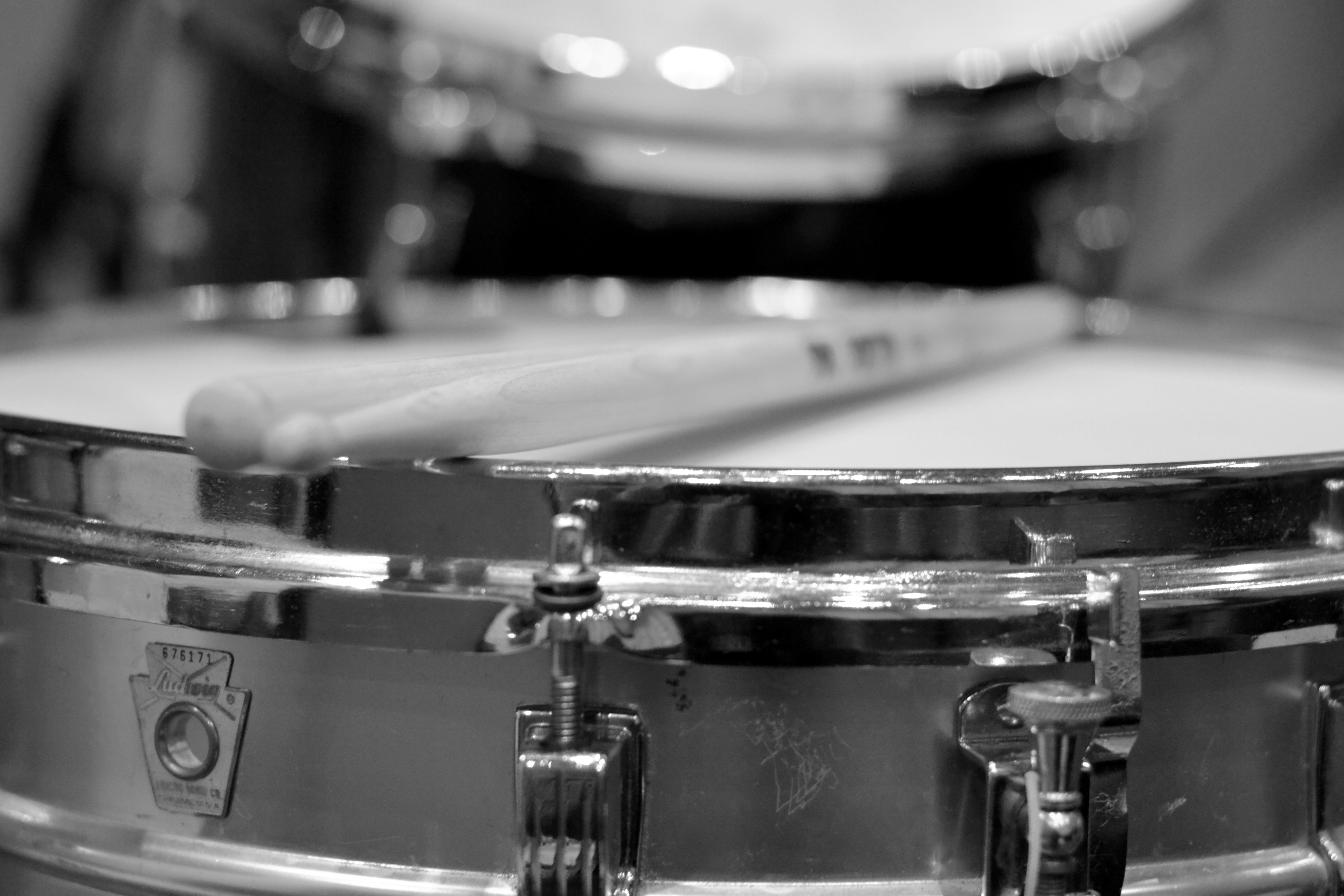 ..at the Amsterdam Conservatory 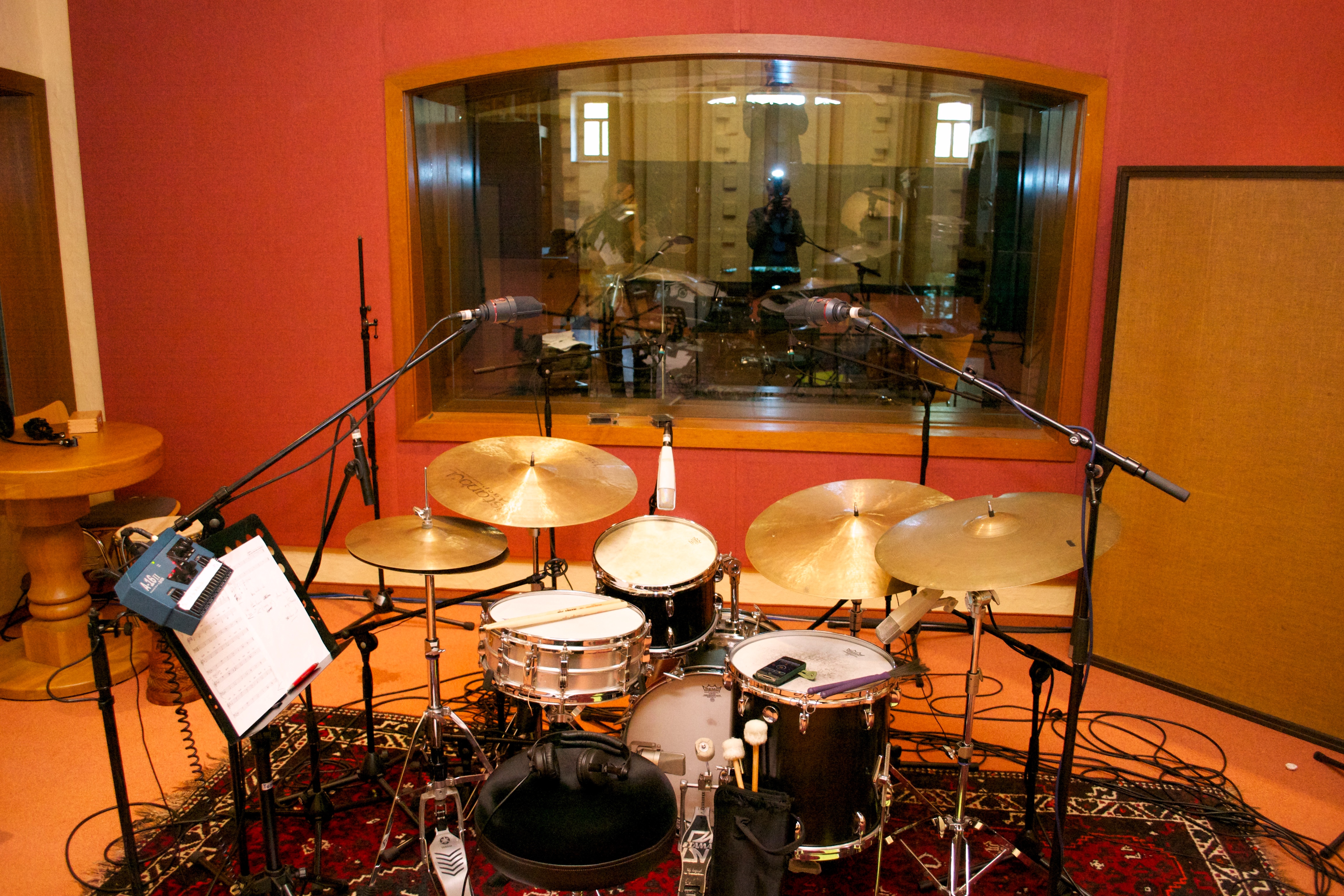 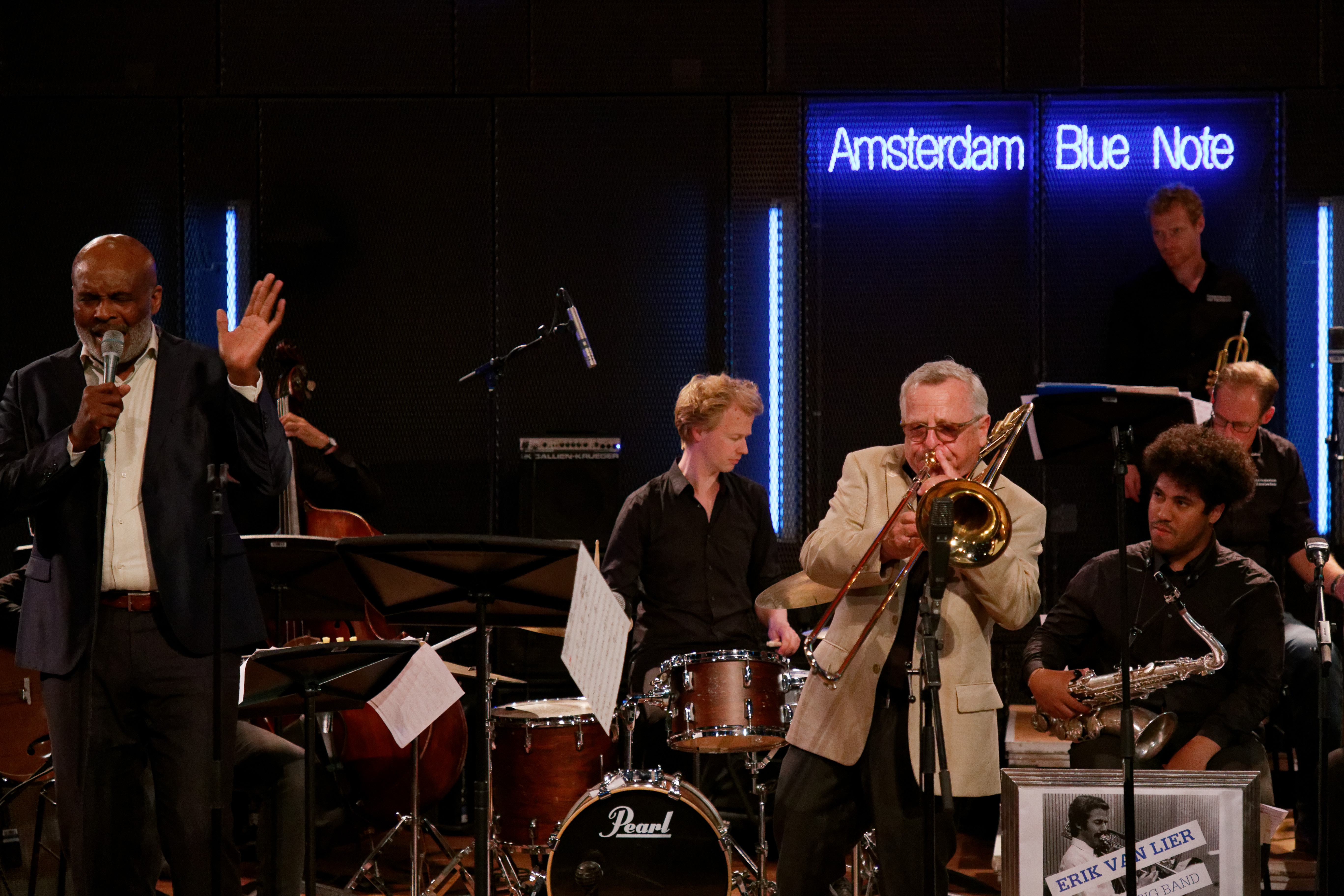 It’s been a busy summer! Three whole months we’ve been rehearsing and editing the new Sven Ratzke show STARMAN, with the music of David Bowie. Of course we renewed all the tunes (beautiful arrangements by Charly Zastrau), but to be shure it would be a terrific show we spent a lot of time in making everything perfect.

So now there’s a cd and a tour! The cd is available at www.bol.com and in the web shop of Ratzke. There you’ll find the tourlist too, and you’ll find that it takes us not only top to bottom through Holland, but also to Berlin, Hamburg and Vienna, and to the biggest theatre festival of Australia and we’ll play New York for 10 days! So if you want to check us out, have a look at the list and find you’re nearest stage to see us perform. The reviews until now have been blowing us away.. 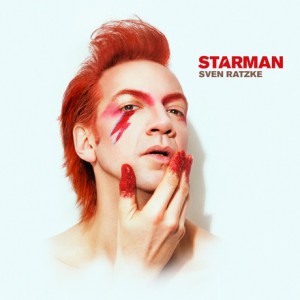 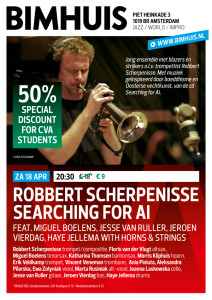 Finally it’s out! Robbert Scherpenisse’s debut cd ‘Searching for Ai’. Robbert wrote all the tunes, he arranged them and got the finest players to perform them – and now everybody can hear it on this great cd.

People features on this album are Jesse van Ruller (guitar), Jeroen Vierdag (bass), me on drums and Miguel Boelens (sax). But also there’s a complete horn section in some tunes, and a couple of beautiful string arrangements. Definitely worth listening to, or join us at the release-concert at the Bimhuis april 18th!

Last time we played Sven Ratzke’s and Claron McFadden’s Groschenblues is a while ago at the Concertgebouw Amsterdam. Luckily the great music of Kurt Weill and lyrics of Bertolt Brecht are requested on several stages once in a while, and so we could play the piece this week in Berlin, at the Tipi am Kanzlerambt. We had a great time at this beautiful venue – and the audience loved it! Charly Zastrau did a great job arranging all the pieces, Sven is an incredible performer and Claron’s magical voice makes the songs sound even better. Check out the (German) review here if you want to know more.. 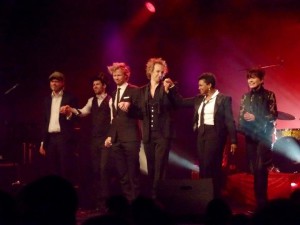 On one of the recent Konrad Koselleck Bigband gigs at the Bimhuis I was asked to perform a piece that had to do with a barbershop (!). The thing was that the founding of the original Bimhuis started at that place in the seventies, when there was a cafe on that address. So we went there, filmed the place (my brother Botte Jellema) and I recorded all the sounds with my Zoom. After a lot of cutting (audio that is ;-)) and editing I made a groove and improvised the rest live at the gig. If you’re up for it, check it out here. Enjoy!

Today a new album was released, called ‘Counterparts’. This album is a collaboration between trumpeter Erik Veldkamp and saxophonist Katharina Thomson. They wrote the music for the album, played all the instruments (trumpets/flugels, baritonsax and bassclarinet) and invited a string-quartet to accompany them on some tracks. I was asked to add some percussive grooves on shakers, Cajon and Udu. The album is really diverse and great to listen to. If you want to check it out go to this website (Erik’s site) and listen to the tracks there. If you want to support this music you can buy the album there as well. And feel free to tell us what you think of it!

The great Sven Ratzke is touring worldwide with his theatre show ‘Diva Diva’s’. Until now there was no cd available for this tour, so he decided to record an EP with some of the tunes from the show. That EP is ready now and available on Challenge Records, check it out by clicking on the link!

Additional to that there were two beautiful clips recorded in the Concertgebouw in Amsterdam, and those are on youtube. Both these songs are on the EP too. Enjoy!

This year the Bimhuis celebrates it’s 40st birthday, and therefore we do a special concert with the Konrad Koselleck Bigband and journalist Botte Jellema on monday October 6. It’s gonna be about Amsterdam in the ’70, the history of the Bimhuis and the ideas and riots in society in those lively times..

Click on the image for more info and tickets. 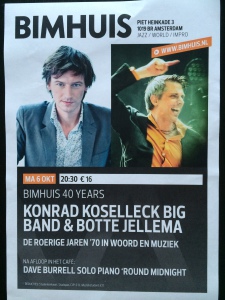 To be able to release the next Traeben album we started a crowdfunding campagne to raise money for producing this album and to get you involved in our project. Luckily everybody liked what we were doing, and so we gathered even more than we asked for – an incredible 106%!

We’re very grateful that you guys helped us out, and therefore very pleased te present you our newest album: Looking at the Storm. 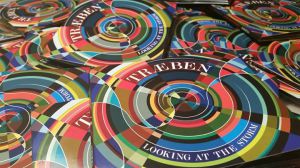 So you are hereby invited to come to the release-party we’re throwing at Lantaren Venster in Rotterdam, next week September 19th. Tickets are only €10,- (get them here) and it’s going to be a great night! Also if you’re going, let us know by clicking on this facebook-event, and share the event so everybody knows you will be there.

In may this year I recorded a new album with Ellen ten Damme, called ‘Berlin’. It was recorded live at the Concertgebouw Amsterdam, and it features a great band with horns and strings. The tracklist has some old and some new material on it, all fabulously sung by Ellen.

In the meantime the album was mixed and mastered and is now ready to be released, which will be done september 26th. BUT: you can pre-order the cd now already!! Just go to this website, click on the album and order it there. There’s a tracklist available too.

And for those interested, the band was Robin Berlijn, Aram Kersbergen, Thijs Cuppen and me, ten string-players of Amsterdam Sinfonietta, and the hornsection: Tini Thomsen, Werner Jansen, Robbert Scherpenisse, Jan Harshagen and Matthias Konrad.

This year it is exactly 100 years ago that Franz Ferdinand was killed in Sarajevo and World War I started. Reason for Konrad Koselleck to do a memorial/reflectional concert about this war, about the effects of it later and the influence still today. With great storytelling by Vincent Bijlo, beautiful singing by the multi-talented Ellen ten Damme and kick-ass grooves and war-soundscapes by the Big Band you’ll be reminded of this war and think about todays political events.

The project was already performed at memorial places like Gütersloh (D) and Diksmuide (B), but the coming months it’ll be in the Netherlands too. For more info and the dates click here.